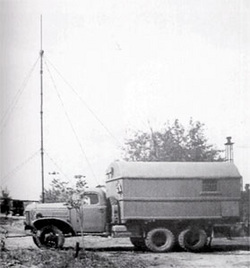 The Command Radio Link (Командная Радиолиния «МРВ-ВС – БКРЛ-В» минного радиовзрывателя ВС - Бортовая командная радиолиния В) as initiated by ground stations and fleet ships. The official word from the creator of the system Science Research Institute 648 or today Precision Instruments НИИ-648 FSUE NIITP (Научно-исследовательский институт точных приборов - НИИ ТП) is that 40 commands were used. We also learn the two most important commands duplicated for safety were 1)descent 2)ejection 3) destruct - on the unpiloted Vostoks. The functions of the МРВ-ВС were carried out from the stations МРВ-2МВ. The onboard component became the Onboard CRL - 2D (or БКРЛ-2Д) on Vostok 5 and 6.

Other commands would likely involve turning various transmitters on and off (with on and off being a separate command) and perhaps overide commands to the life support system, and modifying output of telemetered data, and finally, onboard magnitophone control. Turning the television transmitter on and off would likely be one of the most common commands. The 4 "paperclip" style antennas on top of the descent apparatus are for reception of commands.

The transmission system was created on the basis of earlier radio systems to remotely detonate specific land and water mines. (минного радиовзрывателя) This way a 300 Watt omnidirectional signal could be transmitted by trucks at groundstations  (See Picture) or by fleet ships at sea. The twelve frequencies were between 47.9 and 49.0 MHz. 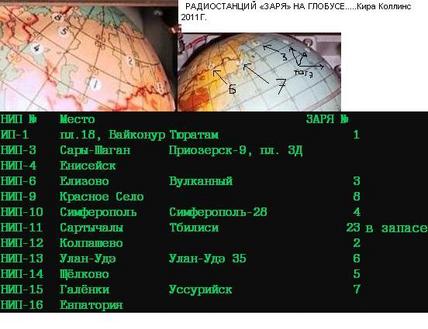 Here the Zarya ground stations are displayed as stickers on a IMP or Globe device - the numbered sttions here are also NIP stations. Given this was an IMP-3 likely used in training this information would be accurate to the 1964-1965 years. These stickers are also seen on Voshkod-1's Globus.

The Tral-P1 (Трал П1) telemetry system was capable of transmitting 48 parameters. It transmitted in the 61-76 MHz range. (61, 66, 71 and 76 MHz) The antennas used were common to the television system as well.

Vostok-1 had at two Tral units designated Tral-P1-1 and Tral P1-2. This implies 96 channels were transmitted when both units were in operation. Much of the data transmitted was similar between these two units, such that they provided dual redundancy. A third Tral unit, Tral-T transmitted television pictures at 83 MHz.
On the spacecraft, 4 antennas at the bottom of the instrument section transmitted the data from all Tral units simultaneously.

The signal simple telemetry system transmits pulse and respiration of a cosmonaut. The transmitted signal is in the form of a square wave with a .15 second break between alternating pulse and respiration data. On Vostok-1 about 10 minutes of Signal system data was gathered shortly after spacecraft separation from the final stage of the rocket.

Vesna "Весна" (Всн) - VSN “Spring” Communications Сenters were operated from 12 places early in the Vostok program. Ten locations we know from Vostok-1 were: Moscow, Kiev, Sverdlovsk, Irkutsk, Novosibirsk, Khabarovsk, Alma-Ata, Tbilisi, and two recieving stations one in Petropavlovsk-Kamchatka, and Yakutsk. Later, before Vostok 5 and 6, this was cut to 6 centers: Two near Moscow (Butovo and Lvov), Novosibirsk, Irkutsk, Alma-Ata and Khabarovsk - Vesna-2. The spacecraft transmitted in the High Frequency band on 6 to 10 watts of power. On Vostok-1 the HF was transmitted from the ground at 10.012 KHz and transmitted from the spacecraft at 9.019 KHz on channel 1. On Channel 2 these frequencies were 22.205 and 20.006, respectively. 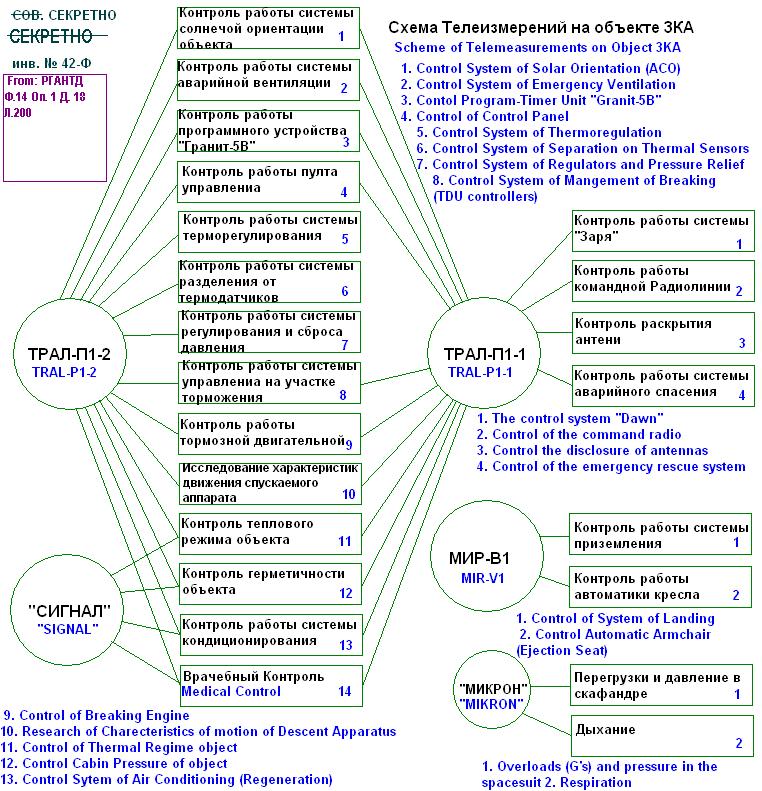