We may never know for certain the model of pencil used on Vostok-1 as it was lost during flight and untethered. Vostok-2 had a tethered black lead-holder, drafting style pencil. For the final four flights a black and gold colored Soyuz pencil as depicted was flown to fill in the Onboard Journal. The pencil uses the 1.1 mm .046 inch thick leads that at the time were known as standard.
The most famous and widely published image of this pencil comes from the Vostok-4 mission when Pavel Popovich was shown watching it in midair. During Vostok-6 two of these pencils (primary and the backup) jammed, hindering some of Valentina Tereshkova's notations. "A simple slate pencil would be preferred", she said in a postflight meeting at the spacesuit and life support systems' Factory 918 (now Zvezda).  Starting with Vostok-2, two pencils were tethered and each given a holster on either side of a white spiral bound, white covered journal book. One book flew on each mission, and to date not one has ever been published in its entirety.
Later programs used a variey of pencils and even common ballpoint pens - in addition to the classic space pen, the Fisher AG7. (Writing upside down (negative one-G) is very different than microgravity where capillary action can insure ink flow. 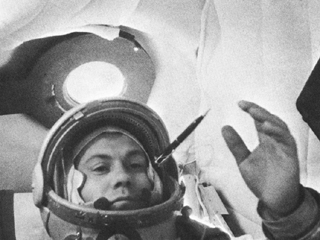 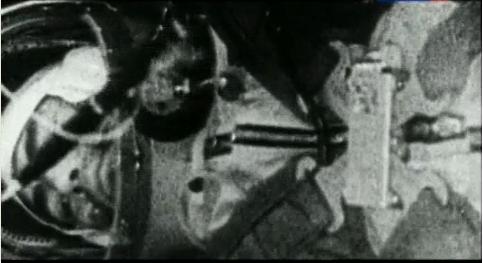